MoveL – Move the robot in a Linear path.

By using the example from the MoveJ chapter we will now learn how to make a linear movement. 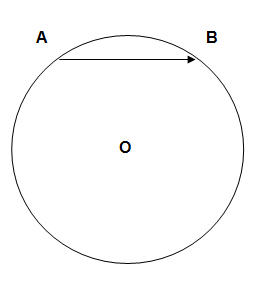 To learn about the MoveL linear movements we will just continue using the program we created in the last chapter called “My_first_program.urp”. Maybe you need to Load the program into the controller as described above – or simply make a new small MoveJ program as explained in previous chapter.

Because we will just change the MoveJ program into a MoveL program.

So you will have this small program on the Screen

Point on the MoveJ statement and Press so it is highlighted.

If not already in the Command view then – Press the “Command” tab.

Below is a parameter called “Move Tool Linearly” with a check box – Check it.

Go back to the Program tree Screen and notice how the MoveJ statement has changed to a MoveL statement.

Remember that the Waypoint_1 and Waypoint_2 is the exact same as in the previous chapter.

Now we can compare the different movement for these two programs.

The programming environment and object to choose in MoveJ and MoveL are the same which is already explained in the previous chapter – so how to start and run the program is the same.

Run these two programs after each other to compare – now press start for this MoveL program – move the robot to the “Home” position and Press start again and see the movement.

Reload the MoveJ program and Run that program. 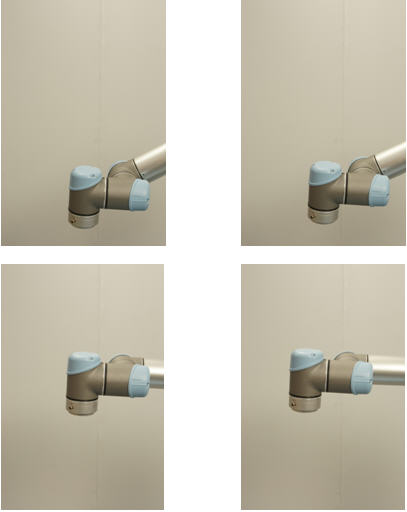 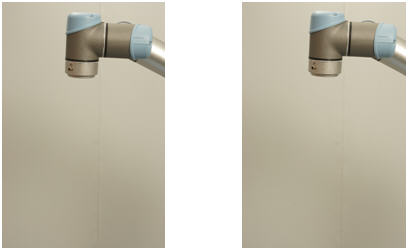 Notice the difference for a MoveL to a MoveJ movement. The middle picture for the MoveJ shows the tool head out fro the centre line. Whereas the tool head stays at the centreline during the MoveL move.

In pick and place the MoveJ is advisable – only rarely a MoveL is necessary.

As I described previously when using the MoveL programming method there is a change to run into a Singularity which is an illegal mathematical expression.

To illustrate that I have made a quite stupid program. I am using the exact program as above i.e. only two Waypoints in the MoveL mode. The two waypoints I have chosen are seen below.

Since I have chosen MoveL I expect that the robot goes in a straight line from Waypoint_1 to Waypoint_2, but notice that it would require the robot to go through the base joint at the centre because the two points are on each side of the base.

But I have been able to make the program and all statements are on green so let’s try to run it.

The robot started to move from Waypoint_1 towards Waypoint_2 in a straight line, but when the physics was in the way the robot showed the phenomena about increasing in speed and then rapid security stopped with “Speed limit violation” and never reaches Waypoint_2.

Let’s just try and change the above program to a MoveJ program with the same Waypoint_1 and Waypoint_2 positions and run it. 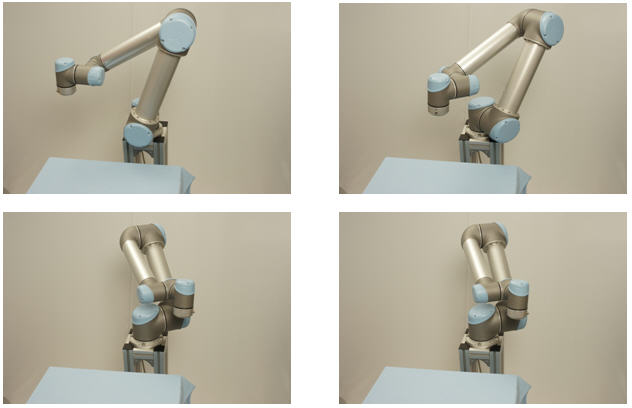